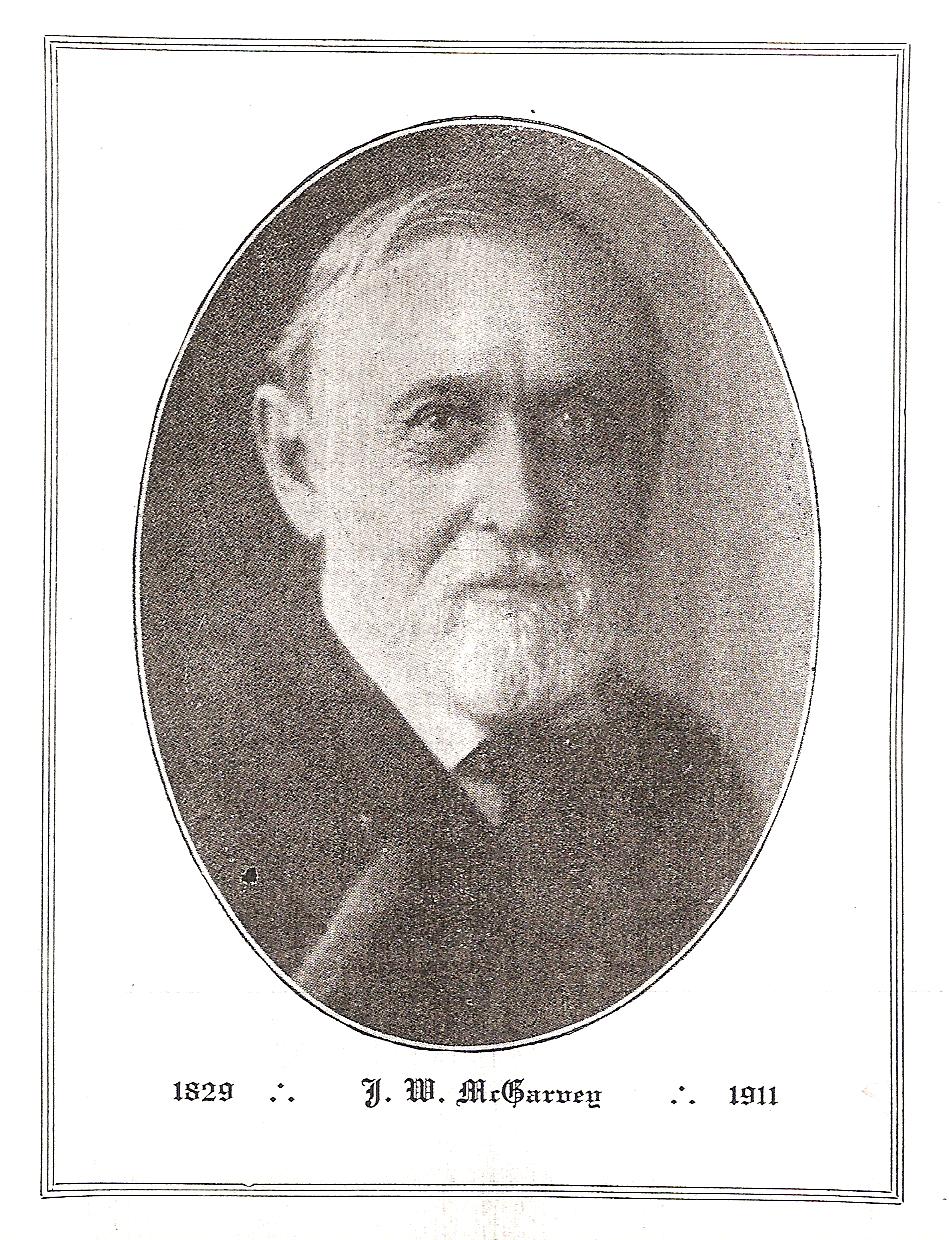 J. W. McGarvey was a great second generation Restoration preacher. Most of his preaching and teaching was conducted in an around Lexington, Ky. He taught in the College of the Bible near the campus of Kentucky University. He was a scholar who was only surpassed by Alexander Campbell as far as books in print. His legacy is seen in that several of his books continue to stay in print more than 100 years later. Among these are his two commentaries on Acts, the original written in the midst of the Civil War, and his New Commentary on Acts written 20 years later. Among his important writings were his articles on Christian Evidences in the Apostolic Times and the Christian Standard publications. McGarvey also wrote texts to help students defend the inspiration of the Bible. For this veteran’s day I want to share some of what he said about the brevity of the text as proof that the Bible did not come from man.

“We next observe the unaccountable brevity of the New Testament narratives; and first, their brevity as whole books. Never were men so burdened with a theme so momentous in their own estimation, or so momentous in reality, as that of the four Evangelists. Never were writers so oppressed, if brevity were aimed at, by the multitude of details before them, and the difficulty of determining what to leave out when the welfare of the world depended on what should be written. One of them shows the oppression of his own mind by these details, when he is forced to exclaim in hyperbolic style: ‘If they should be written every one, I suppose that even the world itself would not contain the books that should be written.’ What then could have led these four writers, thus pressed by the copiousness of their matter, the importance of their theme, and their burning desire to defend and exalt the Master, to compress their accounts into an average of fifty-four small pages of long primer type? What, but some overruling and superhuman power? As to the book of Acts, the argument is the same in kind, and perhaps greater in force; for this writer had to deal with the widespread progress and varying fortunes of the church through a period of thirty years, the most thrillingly interesting period of all its history; and yet he condenses all into about the same number of pages.

When, secondly, we notice their brevity as to particular incidents, the wonder continues the same. The baptism of Jesus, for instance, accompanied as it was by the descent of the Holy Spirit upon him, and his formal acknowledgment by God in an audible voice from heaven, is disposed of in twelve lines by the first Evangelist, in six each by the second and third, and in a mere allusion by the fourth. Of the appearances of Jesus after his resurrection, of which there were twelve in all, only two are mentioned by the first Evangelist, only three by the second, only three by the third, and only four by the fourth. In Acts, the dispersion and apparent destruction of the only church then planted is recorded in four lines; and the death of the Apostle James, a calamity of fearful magnitude, is disposed of in eleven words. If it were truly said of Jesus, ‘Never man spake like this man,’ it could be truly said of his historians, ‘Never men wrote as these men’; and the logical inference is that they wrote, as he spoke, from the fullness of the Spirit of God.

The argument from the brevity of the narratives is not seen in its full force until it is viewed in connection with the remarkable omissions by which it was brought about. For example, by Mark and John the whole of the first thirty years of the life of Jesus is left blank; and by Matthew and Luke all between his infancy and this thirtieth year is omitted, except a single incident recorded by Luke. By the Synoptists all of the visits of Jesus to Jerusalem, except the last are omitted, and by John all of the Galilean ministry, except a single miracle and a conversation which grew out of it. From Acts are omitted all the labors of the ten apostles, and from the career of the one whose labors are most fully recorded many of the most thrilling incidents are omitted. Who, unconstrained by some higher power, could have omitted from the narrative the details of those heart stirring incidents in the life of Paul, which are merely mentioned by him in the eleventh and twelfth chapters of Second Corinthians? And who, while inserting the detailed account of the voyage from Caesarea to Rome, could have been willing to omit the account of Paul’s trial before Nero? (Evidences of Christianity, vol. 1:219-221)