Stone and Campbell on Stone-Campbell

Stone and Campbell on Stone-Campbell

In recent years the Restoration Movement has been relabeled the Stone-Campbell movement by those in the scholarly community.  What has led to this renaming effort?

But there are other reasons as to why this relabeling has been made.  There have been efforts to build bridges between the alienated heirs of the Restoration movement: the Disciples of Christ, the Independent Christian Churches, and Churches of Christ.  Restoration has been seen as an obstacle to uniting these different fellowships.  Thus, Stone-Campbell, applied as an umbrella term, is more inclusive.

The inclusive Stone-Campbell label also is a move that promotes acceptance of the idea of a denominational conception of the Church.  For some, it is an admission to being a man made body tracing its beginning to Barton Stone and Alexander Campbell.

While there are many things that could be said at this point, I believe it might be instructive to go to the writings of Stone and Campbell to see how they would have viewed this relabeling. 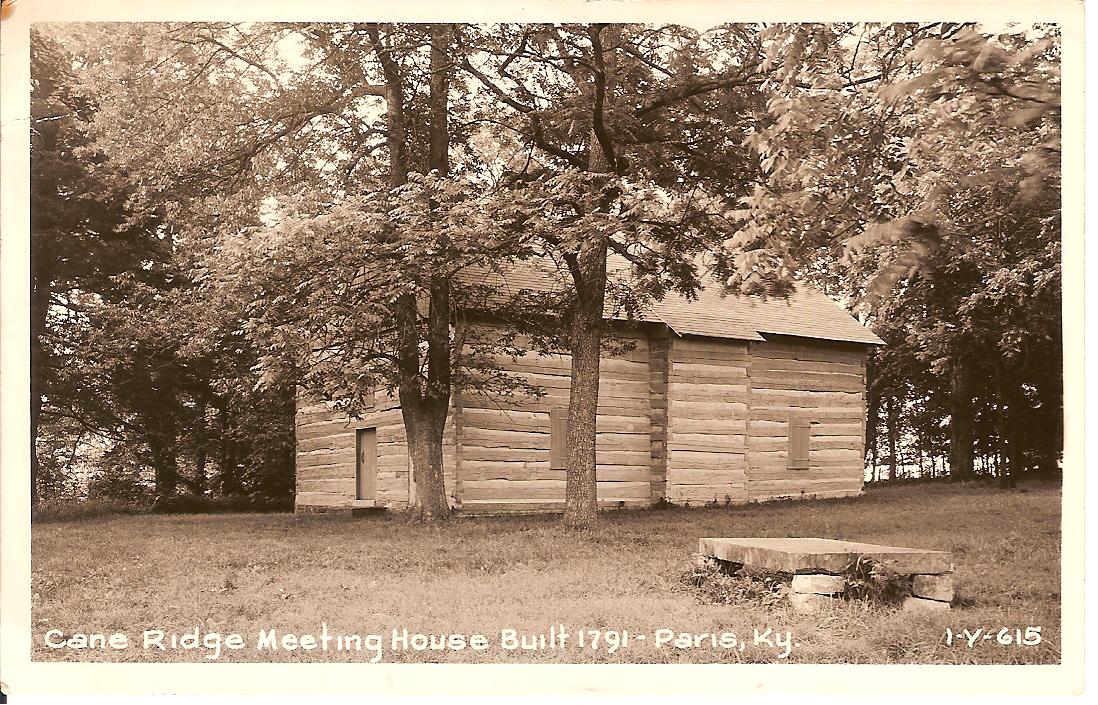 At Cane Ridge, Kentucky, whose meeting house is pictured above, Barton W. Stone came to the realization that man made church organizations like those in his Presbyterian fellowship were not found in the Bible.  In the famous Last Will and Testament of the Springfield Presbytery, Stone and fellow preachers urged the dissolution of their presbytery to "sink into union with the body of Christ at large."  They believe ths union would be found in the Bible "as the only sure guide to heaven."  Stone described the reaction to the publication of the Last Will and Testament.  "This piece when published increased ten fold the opposition against us.  The artillery of every party was directed against us.  They evidently saw that if we prevailed all parties must be dissolved.  They represented us as disorganizers, having no form of government, and aiming a destructive blow against all church government.  Why these charges against us?  Because we took the Bible as the only rule given to the church by the only law giver, who solemnly enjoined upon all to walk according to this same rule." (Christian Messenger 1:242).

Through the encouragement of Rice Haggard, a preacher who came to Kentucky from the Republican Methodists in North Carolina and Virginia, Stone and his followers determined to call themselves Christians.  Years later, Stone repeated his reasons for that decision.  "It was at the time when sects, and sectarian names became so numerous, that the name Christian was forgotten, or so neglected, that none called themselves by the name which God had ordained.   . . . About that time a few of us, convinced of the evil of sectarianism, and believing that party creeds and names then exisiting, were the props of thse sectarian establishments, determined to relinquish them all.  We took the divine and ancient name Christian, given by divine authority, as that which must ultimately destroy all other denominations.  For this were were reviled by others as assuming the name exclusively to ourselves, when it equally belonged to all.  If it belongs to all, why do not all take it?" (Christian Messenger 11:118-19). 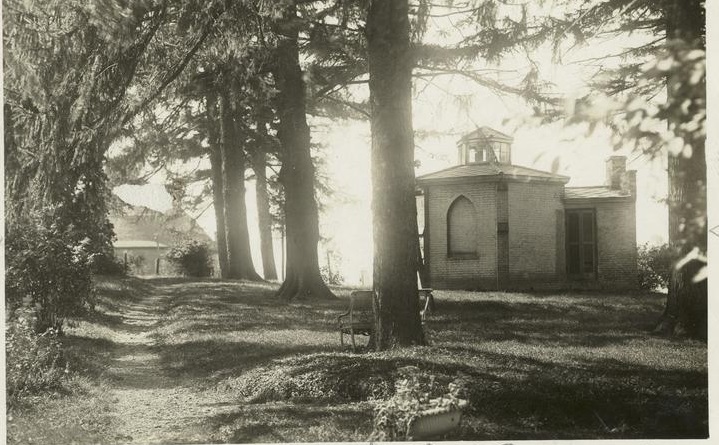 From his study in Bethany, Virginiam Alexander Campbell spent his life in the advocacy and dissemination of the principles his father had set forth in his Declaration and Address.  Among those principles was the famous, "Where the Scriptures speak, we speak, and where the Scriptures are silent, we are silent."  This slogan has been variously interpreted, but it is instructive to gain Campbell's view of what this entailed.  Campbell wrote on the difficulties of bringing one's views and practices into harmony with the Bible.  "But we found it an arduous task, and one of twenty years' labor, to correct oru diction and purify our speech according to the Bible alone, and even yet we have not wholly repudiated the language of Ashdod." (Christian System, x).

Campbell elaborated on the necessity of using noly Bible terms for faith and practice.  "We choose to speak of Bible things by Bible words, because we are always suspicious that if the word is not in the Bible the idea which it represents is not there; and always confident that the things taught by God are better taught in the words and under the names which the Holy Spirit has chosen and appropriated, that in the words which man's wisdom teaches." (Christian System, 104).

Campbell wrote the following the the editors of the New Orleans Commercial Bulletin: "You have done me, gentlemen, too much honor in saying that I am the 'founder' of the denomination, quite numerous and respectable in many portions of the West, technically known as 'Christians,' but more commonly as 'Campbellites.'  I have always repudiated all human heads and human names for the people of the Lord, and shall feel very thankful if you will correct the erroneous impression which your article may have made in thus representing me as the founder of a religious denomination." (Memoirs of Alexander Campbell, 2:441).

How ironic to see the adoption of Stone and Campbell's names to the effort they made to abandon the names of men for the name of Christ!  Both men fought against every form of sectarianism or denominational thinking.  They rejected the use of man made names and designations that separated believers into different fellowships.  Both men resisted the very idea that the movement would be called after them.