Having been raised in churches of Christ and being a student of the Restoration movement, I believe we have had an obsession with numbers.  Growing up in the 60’s I heard many preachers declare how census numbers in the 1950’s indicated we were the fastest growing religious body in America.  This was said with pride.  It was a validation of the truthfulness of our message.  Numbers were proof that we were right.

But something was happening by the late 60’s and into the 70’s.  We were no longer growing like we had grown in the first half of the 20th century.  New methods were pursued with passion.  One of these methods was bus ministry.  Some congregations became known for their bus ministries and the large numbers of young people that made Bible school numbers increase.  Some congregations became known for their excesses in enticing bus riders.  And bus ministry was hard work.  Burnout of workers was a problem and by the mid to late 70’s a lot of churches had sold their buses.

Then rumors began to be heard about large numbers in a campus ministry outreach called Crossroads.  Some congregations were quick to jump on the numbers bandwagon.  New campus ministries were begun or older ones were quickly infused with Crossroads trained ministers.  But excesses in this ministry also began to surface.   Accusations of being a cult or practicing cult-like control were frequent.  Crossroads has since become the International Churches of Christ and moved out of the mainstream.  But our number problem remained.

If numbers validated the truthfulness of the message, lack of numbers now caused a re-examination of that message.  We did not understand grace.  We did not understand the working of the Holy Spirit.  Our hermeneutic was all wrong.  Pattern theology was out; a cross shaped theology was in.  Traditional services were boring and unimpressive; contemporary services with praise teams and instrumental music would attract numbers.  Our brand “Church of Christ” was viewed as having too much baggage and so “Church at the Falls” or Community church signs became trendy.  Yet, our numbers still remain small.

Maybe it is time to stop obsessing with numbers and start focusing on faithfulness.  Maybe a word from Barton W. Stone from long ago needs to be heard again: 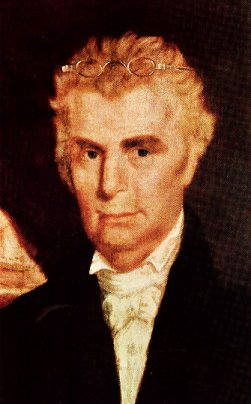 “My dear brethren, we have advanced, and become a great people.  Now is the time of danger – now there is need of humility, watchfulness, and prayer.  We begin to be respected as a people, and begin already to vie with others in numbers.  A Joab is sent by the higher powers through the length and breadth of the land to number Israel.  O that the fate of Israel of old may not be ours!  If it proceeds from pride, and if God has regard for us, we may expect a diminution in our ranks.  Instead of thanksgiving and praise to God, because he has so wonderfully prospered our labors in uniting so many thousands, it is to be feared that pride may yet succeed and spoil all our works.  Israel was often seduced from the true worship of God to the idolatry and communion of the nations among which they dwelt, and this always took place in their days of prosperity.  So we may be captivated by the doctrines, forms, popularity, and respectability of the sects around us, that we may try to accommodate the truth of God to their prejudices in order to gain their favor, and eventually to enlist them on our side, and join in our mighty union.  Such union is no better, if as no good, as that of the Romanists, who are exceedingly zealous for union.  A union of ten pious, uncompromising persons in the truth, is better than 10,000 of the contrary character.  Truth must never be sacrificed for the union of numbers.  Truth preached and lived in the spirit will cut its way through all opposition.” (“A Letter to the Church of Christ, Scattered Abroad Throughout the United States of America,” Christian Messenger 14 (August 1844): 117).

I am not arguing for a small fellowship, or justifying a lack in evangelism.  I am saying that numbers do not prove or disprove our message.  Faithfulness is a better way to judge the validity of our message.  “Let a man so consider us, as servants of Christ and stewards of the mysteries of God.  Moreover it is required in stewards that one be found faithful.” (1 Cor. 4:1-2).