My oldest son Mike recommended a book a few years ago.  It is by Malcolm Gladwell and is entitiled The Tipping Point.  But the subtitle is interesting.  It says, "how little things can make a big difference."  The book shares insight from the world of social research and explains how an idea, a trend, or even social behavior can be generated into an epidemic.  When the right combination of people, message, and context are synchronized the results can be phenomenal. 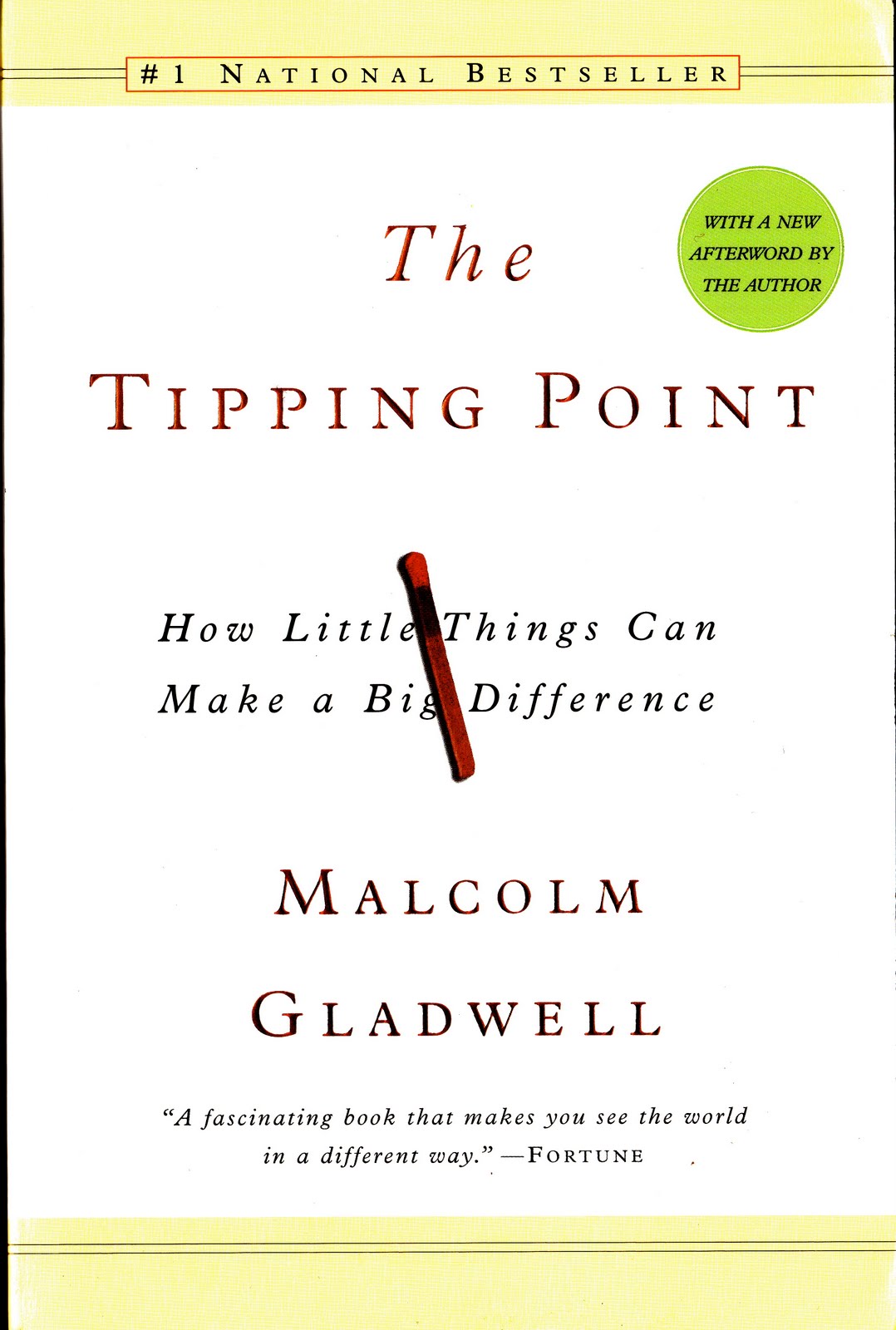 The Bible speaks of the growth of those who followed Jesus - Acts 2:41; 4:4; 5:14; 21:20, etc.  Why was there such a response to the gospel message?  First, it occurred in the "fullness of time" - Galatians 4:4.  This expression was often used in the first century to describe pregnancies brought to full term.  God had been planning, preparing, and working so that everything would be ready when Jesus came to earth.  Consider how God's providential working had brought the following things into place:  the dispersion of the Jews to every part of the Mediterranean world; the institution of the synagogue as a gathering of worship; the translation of the Hebrew scriptures into the Greek language; the advent of the "pax Romana" or Roman peace which allowed for safe, freedom of travel.  All these things and countless others permitted the gospel to have free course.

Second, consider how the gospel was passed on without mass media or technology.  Twelve ordinary men passed on the good news of Jesus without radio, television, cell phones, the internet, facebook or twitter.  It was a communication made by word of mouth.  And it was a message that resonated with ordinary people.  They learned about the life, death, burial, and resurrection of Jesus - 1 Corinthians 15:3-4.  They learned how they could be free from their fears - Acts 17:22.  They learned how they could have hope over the grave - 1 Thessalonians 4:13-14.

We live in a day and time infatuated with big things.  Supersize is promoted at the fast food franchises.  Coffee at Starbucks has to be a grande, even if it is their smallest.  Televisions in our home now must fill wall space and be a "home theatre."  But if we are not careful, we can allow infatuation with all things big to affect our service for God.  The thought comes creeping in that God cannot use small contributions or my one talent.  And we might even fail to give what we can simply because we view it as small.

Little things can make a big difference!  David was small in comparison to Goliath, but we know the outcome.  Elijah was just one prophet against 400 at Mt. Carmel but we know who was on the Lord's side.  Jesus fed more than 5000 people with just five loaves and two fish.  The widow was praised for giving her two mites.  The little church at Philadelphia was noted for their faithfulness.