Ernest Hemingway attributed the above phrase to Gertrude Stein as she described a group of American artists – poets, writers, musicians and painters – living in Paris after World War I.   Stein said that individuals like Faulkner, Hemingway and F. Scott Fitzgerald were “a lost generation.”  They were not lost in the sense of having vanished, but though they were extremely talented, they were wandering, aimless, without direction and purpose. 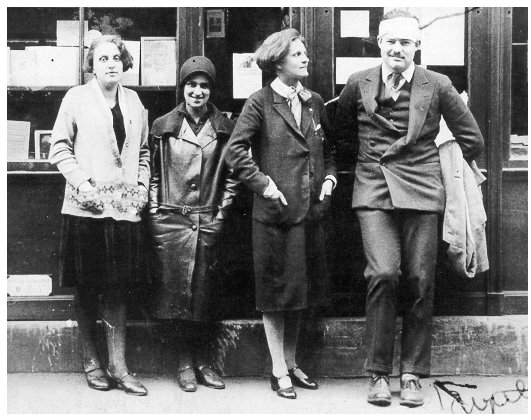 I think Stein’s phrase could describe a lot of young people today.  Many young people are educated, talented, assertive, having a great sense of entitlement, but having so little direction, so little purpose in life, so little understanding of what they want to do.  And many of them have no real connection with God.  How could they?  All discussion and learning of the spiritual world has been taken out of the public arena.  They have been taught that they are the blind chance results of a universe that never had them in mind in the first place – evolution.  Is it any wonder that some young people have so much to live with but so little to live for?

“Lost Generation” could also describe the gap that exists in many churches today.  A visit to these congregations is likely to reveal telling demographics.  Senior saints can be found in abundance and often there is an active youth ministry below college age, but in the middle – ages 20 to 50, there is a whole generation that is missing.  This can be attributed to many factors, but for whatever reasons, the baton of faith was dropped.  And this is especially sad, given the great families who left their mark on the Restoration movement by the faith found in succeeding generations.

How is the tide of a “lost generation” to be stemmed?  Maybe a blue print should be taken from Psalm 78.  The Psalm is concerned with the transmission of faith.  In the first eleven verses “fathers” is used three times; “children” is used four times; and “generations” is used 4times.  It is a message that the current generation had received as they had listened to what their “fathers” had told them – v. 3.  And it was a message that was to be passed on – “that the generation to come might know” – v. 6.  This gives insight into the nature of biblical faith.  It is a message sharing a narrative that is given for formulating people of character.  “A catechism must present not only the facts, but also the meaning behind those facts.  In the faith of Israel, those two elements were always closely bound together.  One never gets ‘just the facts’ without the meaning or the message those facts are meant to convey.” (McMillion, 221).

The psalm reveals the content of faith.  It is about what God has done, not what individuals have experienced.  Praise flows to God for “His wondrous works” – v. 11 and “His marvelous deeds” – v. 12.  Specifically, the narrative focuses on two of these works of God – the wilderness experience  - v. 14-31 and the Exodus – v. 41-55.  Though the “fathers” had been ungrateful and unfaithful, God continued to exercise patience and mercy in His loyalty to the covenant – v. 35-40.

But it is a message with a purpose – “that they may set their hope in God, and not forget the works of God, but keep His commandments, and may not be like their fathers, a stubborn and rebellious generation.” – v. 7-8.  Faith is lived out in hope and obedience.  “How one lives is determined largely by how one responds to what God has done.  The Lord has acted, and the people are to respond in gratitude.  They demonstrate that gratitude by living lives of obedience to God’s instructions.” (McMillion, 228).

Today, the “Israel of God” – Galatians 6:16, needs to pass on this kind of faith.  God’s wondrous works and marvelous deeds have been accomplished in Christ.  Our “exodus” from sin has been accomplished at the Cross – 1 Peter 1:17-19.  The provisions for our “wilderness” sojourn are generously supplied in Christ – Romans 8:32.  But gracious hearts that express themselves in hope and obedience must persevere in faith – James 5:7-11.

The greatest gift we can pass on to our children is our faith in Christ.  It is sharing the content of faith, teaching our young people how much God loves them and what that love has done for them.  This faith must be modeled by our humble, grateful obedience to the will of God.  We cannot pass on what we do not have ourselves.  May we articulate the message of faith so “that generations to come may know.”