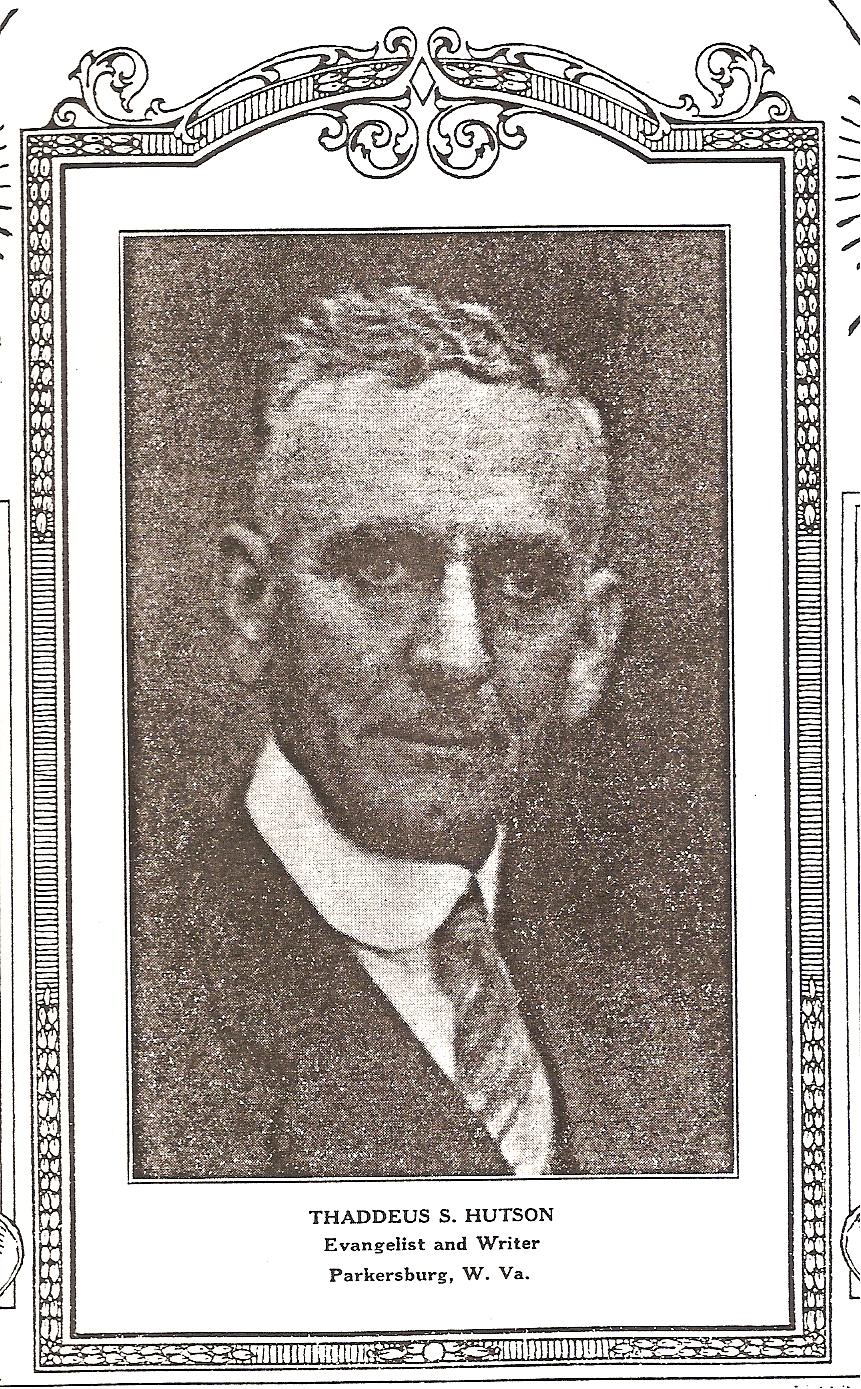 Thaddeus Stevens Hutson was born on June 22, 1867 in Delaware county, Indiana (Gardner, 337).   The biggest influence on Hutson’s preaching was Daniel Sommer.  Hutson attended the first Bible reading that Sommer held in Indianapolis around 1895.  He said, “I then learned much about how to read and teach the Bible.” (Hutson, “Field Reports,” 11).  Hutson continued his Bible learning from Sommer as he was on the staff of Sommer’s Octagraphic Review for 19 years.  After falling out with Sommer over the Bible college issue he became a regular writer for the Christian Leader.  Later in life he also wrote for the Bible Banner of Foy E. Wallace Jr.

Hutson held protracted meetings in 19 states as well as several meetings in Canada.  He also held debates in seven states.  In his debates Hutson earned a reputation for being “severe.”  Hutson did not believe that the Spirit of Christ excluded debating and confrontational preaching.  He declared:

. . . what becomes of this shilly-shally, namby-

pamby, milk-and-water, sugar-and-cream kind of preaching that is afraid to say devil or hell in the pulpit; that avoids the unpleasant duty of exposing sin, both in

theory and practice, lest some would boycott him or

withhold their support, or cry out, “He ought to show

He expressed his belief that calls for such “sentimentalism”  was so that people could be left alone in their sins.  He went on to say that the preacher’s purpose was not to offend, but “let his purpose be to preach the unvarnished truth, both affirmatively and negatively, even if it does offend.”

Despite this hard-nosed reputation, Hutson had a sentimental side as revealed in his life long passion for poetry.  His poems were doctrinal as well as humourous and sentimental and often appeared in the Christian Leader under his column titled, “Considerations.”  His poems were collected in two books, Poetic Considerations, published in 1915 by Fred Rowe and Variety Rhymes, privately published in 1939.

After his marriage to Dollie Stanley following the death of his first wife, Ona, Hutson made his home in Parkersburg, West Virginia.  He served as a located preacher for the Lynn St. congregation from 1924-1930 (Hutson, “Farewell,” 7).

Hutson died at his home in Parkersburg, West Virginia on Sunday afternoon, July 23, 1944.  C. D. Plum preached his funeral at Lynn St.  Knowing that death was not long in coming for him, Hutson wrote his own obituary in advance.  He concluded stating, “His labors on earth are over.  He trusted in the mercy of God and fully acknowledged his need of mercy.” (Plum, 547).