Voices of Faith during the Great Depression 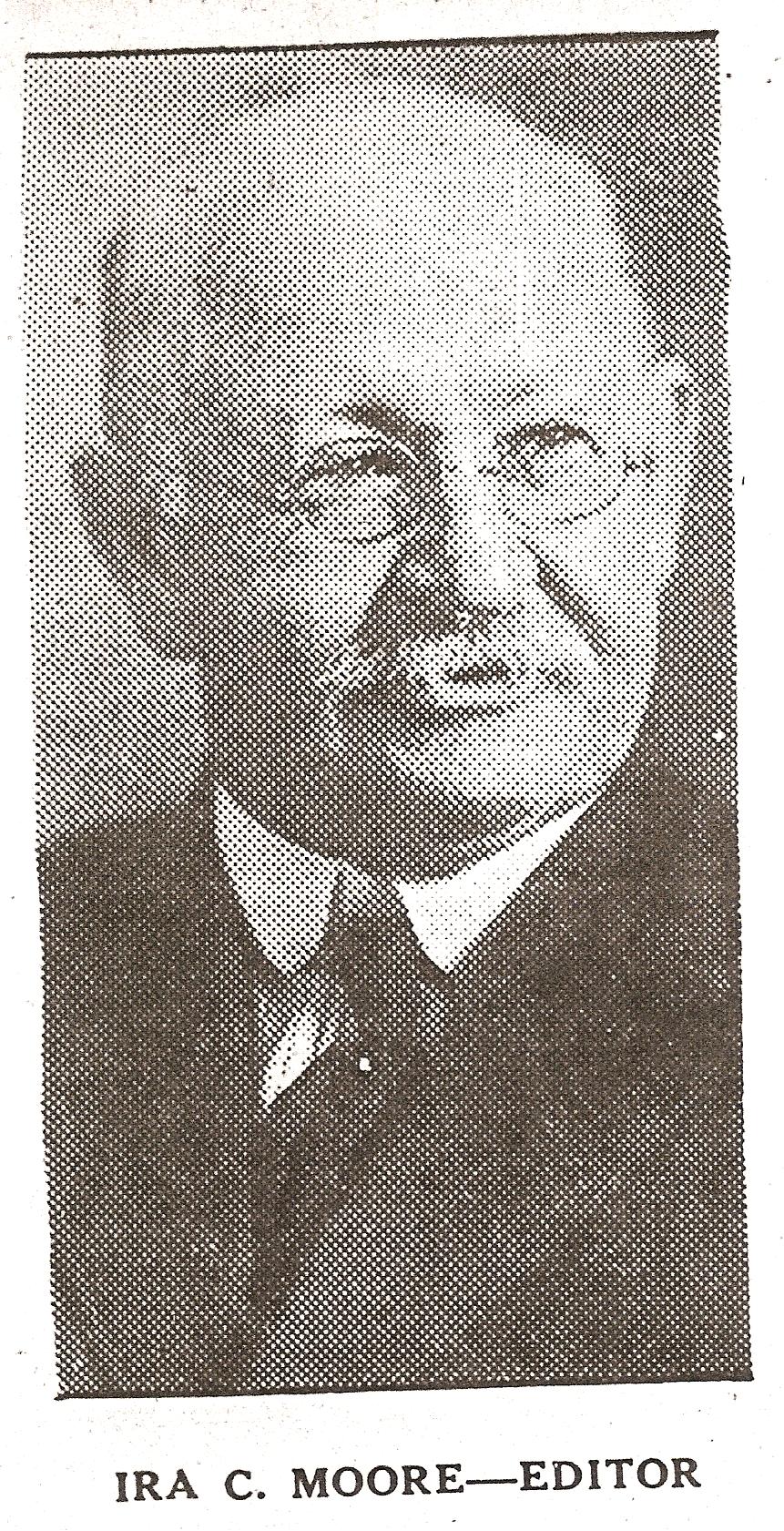 Ira Moore, West Virginia preacher and editor of the Christian Leader stated,  “ ‘Old Man Depression’ has hurt us some but most of us were down where he could not reach us.” (I. C. Moore, 4).   Moore and his family never lived on more than $50 a month and often on less.  Moore’s brother, Commodore DuPont, had always known hard times in the ministry he conducted in the upper Ohio valley, Pennsylvania and later in Florida.  C. D. sustained his preaching by working in coal mines and saw mills.  But after he had been crippled and badly scarred in a sawmill accident, he determined to devote full time to evangelism.  He knew his scarring would never permit him to preach in larger, “well to do” places, so he determined to carry the gospel in mission places.  He shared some of his experiences:  "In my mission work I have slept in school houses, with my saddle for my pillow, and in my Ford, because of having no other place to lodge.  Have boarded myself on bread, bananas, beans, and water, and thankful for that much." (C. D. Moore, Sleep On, 8). 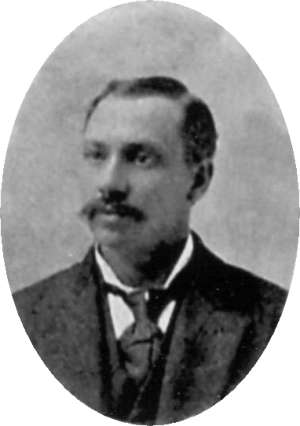 C. D. Moore
C. D. Moore also did what he could to awaken readers to the responsibility of sharing with those in need.  In one article, Moore stated that he did not believe there was a contradiction between Galatians 6:2 - “Bear one another’s burdens,”  and Galatians 6:5 - “For every man shall bear his own burden.”   Every Christian had his own responsibility before God, but each one can be sympathetic and compassionate in times of need.  Moore then asked,  “Do you count it a “burden” to help the needy?  You should count it a joyous privilege, and then you would get happiness out of it instead of sadness.”#  But Moore believed some Christians had never known the joy of sharing.
I have heard a few brethren say that the main reason they take a church paper is to keep themselves informed about the poor and needy brethren over the country, as it is a great pleasure to help them.  Have heard others say that they quit taking the paper because there were so many appeals for help from the needy ones!  (C. D. Moore, Sword, 3).
Preference for the Poor
The examples of sacrifice encouraged and strengthened many in small, rural congregations.  But teaching on God’s will in relation to the poor was also needed.  In a report from the congregation meeting at Shadyside, Ohio, R. N. Perkins praised evangelist J. H. Pennell for “an excellent sermon on ‘The Mission of the Church.’  Pennell’s sermon had stressed “preaching the Gospel to the poor” (Lk. 4:18).  The sermon had also raised a question.
We are compelled to ask the question, “Whither are we drifting?,” when we see some of our “big preachers” settling down among well to do brethren and expecting a big salary.  Why are they not sometimes sent into some of the hard places? (Perkins, 11).  Perkins went on to invite preachers like Pennell and Moore to “tell us some of your experiences so that we may awake to our opportunities.” (Ibid.)
As the Depression years dragged on, some individuals became jaded in their response to the needy.  Missouri preacher James Amis reminded readers of  God’s pronouncement:  “Blessed is he that considers the poor; the Lord will deliver him in time of trouble” (Ps. 41:1).  Amis said many could see the “blessings emanating from attendance at the Lord’s day assembly, carefulness of speech, scrupulous honesty,” but failed to appreciate “the promises of God to the charitable.”    Amis said, "It is a very weak excuse when Christians plead that there are no worthy poor to help.  One noticeable thing is that God never said anything about “worthy” poor.  When a person is hungry, cold, or sick, he needs food, warmth and medicine regardless of how he became in that condition." (Amis, 1).  Amis cited Jesus’ instructions in Matthew 25:34-46 which included no restrictions or investigating “to see if the poor became poor through mismangement, profligacy, or carelessness.”  Amis believed that “covetous” Christians were following the footsteps of the rich young ruler, instead of following the examples of Jesus and Paul.  Such Christians needed to compare themselves to Scriptures like Luke 6:20 and James 2:5 which indicated God’s preference for the poor.  Amis believed that some churches gave lip service to their duty to the poor, but their practices were negligent.  “The spasmodic donations of abundant supplies with a consequent forgetfulness of the obligation is more often the action of churches than the regular providing of their needs as they should have.” (Ibid.)
Trust in God
In 1932, Texas evangelist J. D. Tant, no stranger to a life time of hardship and privation, wrote, “Never in my life have I been so financially oppressed.” (Pro and Con, 8).  But in Tant’s brief sentence, lay a key to facing hard times and overcoming them.  Tant refused to give in to “depression.”
An attitude of trust, not just a dogged optimism, but genuine trust flowing from faith and assurance in God,  persisted in the editorials of the Christian Leader and gave readers a way to overcome the pessimism of the period.   It was this spirit that had encouraged Anna Boyce as she and her husband faced their economic dilemma and its subsequent “depression.“    ". . . It seemed as if a shadow was hanging over us.  . . . We were not sick - just sort of heartsick.  And we sat here and each felt so blue and sad, neither of us feeling like doing any work." (Boyce, 8).  But the arrival of the Leader in the mail had a transforming power for the couple.  ". . . The day that started out so dark and gloomy became a beautiful, glorious day full of sunshine and good cheer, just because we had let a shadow come over our faith in God and forgot to trust, and the dear old Leader coming just when it did, scattered the gloom and brought sunshine and faith to our little humble home.  Its got [sic] strength to raise one up almost from despair." (Ibid.). 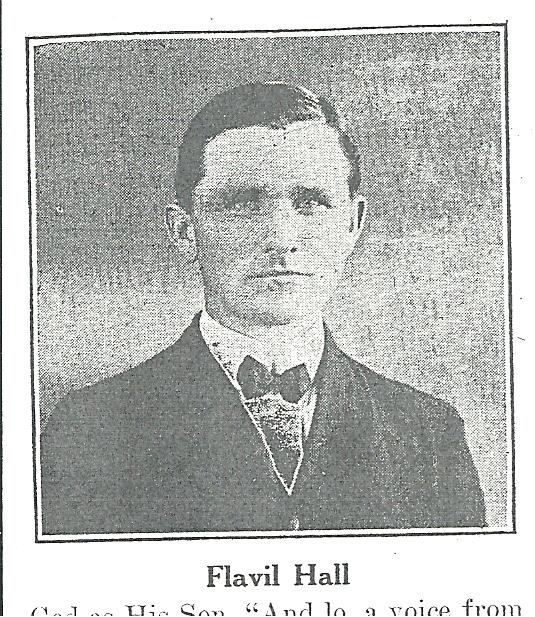 Flavil Hall was an evangelist from Georgia and an associate editor of the Christian Leader.  He shared a letter that had been written to him:  "He said (concerning his congregation) they seem depressed.  Of course there is a general feeling of hard times, but I would not advise brethren in Christ to begin economy by turning down the faithful preachers of the gospel." (Hall, 6).  Hall wrote that there was a danger of a greater depression.  "To “seek first the kingdom of God and his righteousness” is the only insurance against real calamity - against depression out of which no good can ever come.  With consecrated Christians, blessings eternal may flow from what the world calls misfortune." (Ibid.).  Hall invited his readers to trust in God’s providence without complaining.  For those who trusted God’s dealings, misfortune would not hinder them from setting their minds on the things that were “heavenly and eternally enduring.” Hall then pointed to the lesson learned by Asaph (Ps. 73).  The Psalmist had complained of the prosperity of the ungodly and declared that he had cleansed his heart in vain.  These painful thoughts plagued him “until he went into the sanctuary of God.”  There he learned of the end of the wicked and God’s guidance to glory for the faithful.  Then Asaph declared, “Whom have I in heaven but thee? And there is none upon the earth that I desire but thee.”  He confesses that before he had learned this lesson he was foolish and ignorant and was “as a beast” before God.  Hall then made his application.  "He had walked by sight, as does the beast, and had not learned the lesson of walking by faith and trust.  This is the woeful condition of too many in the church today.  Attendance upon the “sanctuary” of the Lord and hearing lessons of faith, obedience, and trust would wonderfully help many, would make them infinitely more happy, and prepare them for all impending trials . . .". (Ibid.).
T. Q. Martin was an evangelist and also an associate editor of the Christian Leader.  In 1931, Martin spoke of the turbulent times:  "We have fallen upon an evil day.  Our ideals have been shattered, our domestic life is being undermined, our political life is a stench before high heaven, our social life rapidly crumbling, and our very civilization threatened." (Martin, We Need, 5).  The calamity was due to forgetting God.  Like Israel of  old, the nation had forsaken the “fountain of living waters” and turned “to broken cisterns” (Jer. 2:13).  Martin declared, "We have featured material matters to the neglect of spiritual values.  We have forgotten that our greatest national asset is character.  We have forgotten that the very basis of sound business is the confidence of man in man, and the basis of sound government is confidence in God." (Ibid.).  But there was a way out of these troubles.  Martin reminded his readers of the question Jesus posed to his disciples, “Would you also go away?”  Peter’s reply, had a relevance that Martin wanted his readers to get.  “To whom shall we go?”  "We have trusted in material wealth, in inventive genius, in secular education, in the wisdom of men, and all have failed to give us the bliss for which we yearn.  The principles of the great Teacher, who spake as man never spake, will bring us to real prosperity." (Ibid.).  Martin’s faith was in the God of heaven Who would bring order to the present chaos as individuals whose hearts were changed would then reach out through their lives to influence others and bring them under the rule of Christ.  Here was a challenge to outlive the world to change the world! 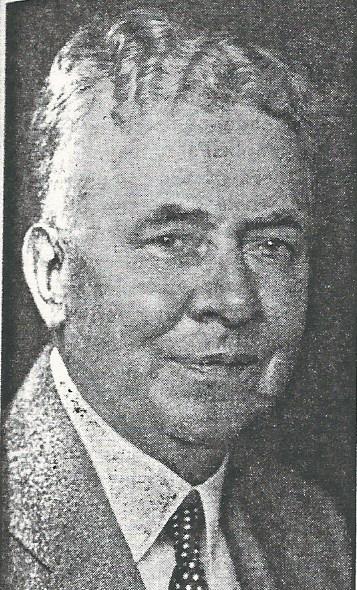